They cannot accuse us without delimitation - President 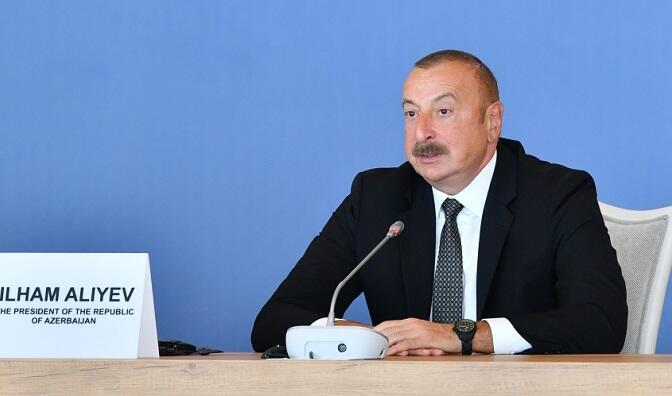 No one can accuse us without delimitation.

Axar.az reports that President of Azerbaijan Ilham Aliyev said this in his speech at the ceremony of raising the Azerbaijani flag in Lachin.

"After the end of the Second Karabakh war, we went to the borders. If Armenia wants to accuse us that we entered their territory, there is no basis for this. First, if the border was where they said, they would have built the border, built border lines, built communications and engineering works. They believed that all of Karabakh and Zangezur would remain with them. That is why they did not do anything on the Azerbaijan-Armenia border. That is, without the delimitation of our border, no one can say where the border passes. I say again, we are ready for discussions and the delimitation commissions - We take responsibility for the work of the Azerbaijani-Armenian commissions. We have collected all the maps. I want to say once again that we have all the maps, including those from the 19th century, 20th century, and earlier, and those maps clearly show who is located on which land. no one can accuse us without delimitation" , - said the head of state.

President Ilham Aliyev said: "On September 13, we again gave martyrs. May God have mercy on all our martyrs. May God heal our veterans. May God give patience to the relatives of our martyrs. But they should know that the martyrs rose to martyrdom for the sake of the Motherland. We do not want war, we did not want it. That is why we have been negotiating for almost 30 years. That is why we want to sign a peace treaty with Armenia after the Second Karabakh war."