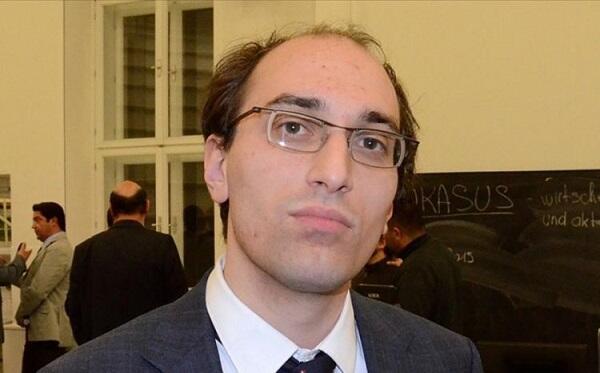 The strategy of provocation is a very old idea of ​​Armenian nationalism.

Axar.az reports that French historian, political scientist, Eurasian Research Center researcher Maxim Gouen said this while commenting on the recent military provocations by Armenia and the current situation on the state border of Azerbaijan.

The political scientist believes that these provocations are carried out by revanchist officers within the Armenian command with the help of their well-known patrons, who dream of a new war and want to prevent Azerbaijanis from returning to the previously occupied territories:

"I don't think Nikol Pashinyan is on their side. He did not clean the army because he was really afraid of a coup d'état.

According to the expert, the intensification of the situation in September is related to significant progress in the negotiations mediated by the European Union and the desire of the Armenian Revolutionary Federation (ARF) to change power in Yerevan. Among the main organizers of the anti-peace demonstrations, it was noted that the terrorist Hampig Sasunyan, who was convicted in California for the assassination of the Turkish consul general in Los Angeles in 1982, and now lives in Armenia:

"He was in prison for almost 40 years. Despite the risk of being lynched by Pashinyan's supporters, he will not hesitate to kill. In 1999, the prime minister of Armenia was killed because he was considering signing a peace agreement with Azerbaijan.

M. Gouen pointed out that the well-known patrons of Armenia do not want a peace agreement to be reached through the mediation of the European Union and strongly oppose the Zangezur corridor project in the current context (re-establishment of the Israel-Turkey-Azerbaijani triangle). Although there are disagreements between the leaders of Azerbaijan and Armenia regarding the nature of the Zangezur corridor, it is possible to resolve them through negotiations.

Reminding that the strategy of provocation is a very old idea that Armenian nationalism used since 1890, the political scientist said that the goal is to provoke foreign intervention. But this time, the hope of the provocateurs that Azerbaijan will give an unbalanced response has been dashed:

"Azerbaijani Army destroyed the fighting equipment of Armenia, killed hundreds of soldiers and captured strategic heights and demarcated the border on its own."