Emmanuel Macron: Trump handshake was a 'moment of truth' 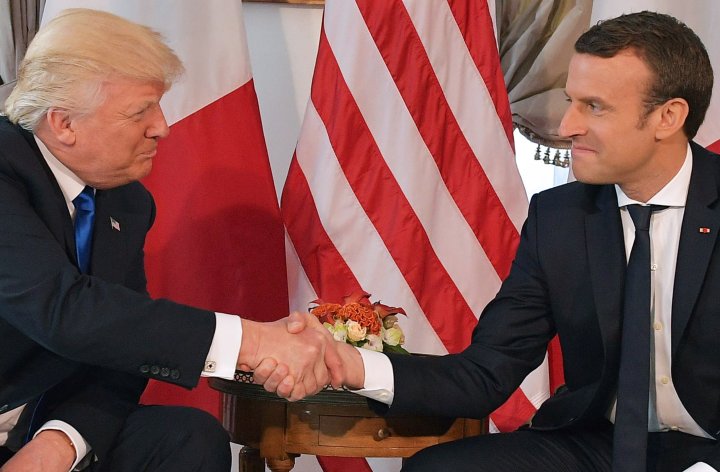 Macron told a Sunday newspaper in France that "my handshake with him, it wasn't innocent."

Macron added: "One must show that you won't make small concessions, even symbolic ones, but also not over-publicize things, either."

Macron's office confirmed to The Associated Press the veracity of the president's comments in Le Journal du Dimanche.At their first meeting, ahead of a NATO summit in Brussels on Thursday, the two men locked hands for so long that knuckles started turning white. The French leader held the shake for a few seconds more. Both men's jaws seemed to clench.