Turkey, Russia, Iran to meet in Sochi over Syria 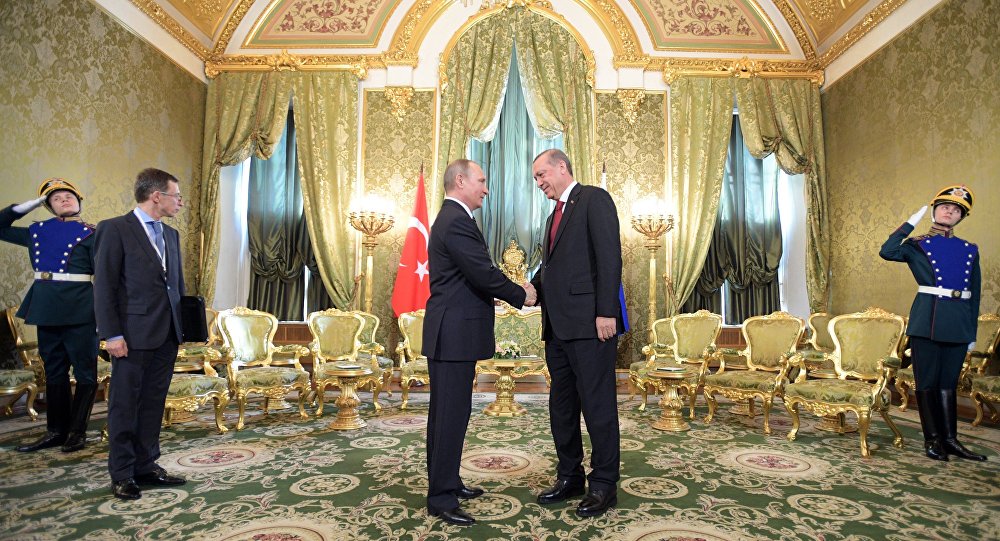 A trilateral meeting on Syria between Turkey, host Russia, and Iran will be held on Nov. 22 in the Black Sea city of Sochi, a Turkish presidential source said Thursday.

Axar.az reports citing AA that, Turkish President Recep Tayyip Erdogan will take part in the meeting in the Russian resort, where he met this Monday with his Russian counterpart Vladimir Putin, said the source, who asked not to be named due to restrictions on talking to the media.

The participants from Ankara, Moscow, and Tehran will discuss developments in Syria and the recent state of the region, the source said.

Turkey and Russia, together with Iran, are the guarantor countries who brokered a cease-fire in Syria in December 2016, which led to the Astana, Kazakhstan talks, which are being held in parallel to UN-backed discussions in Geneva to find a political solution to the six-year conflict.